I’m having a difficult time understanding the culture in America these days. I mean what are people thinking when it comes to admitting the influence of God in their lives? In many cases it’s as though He doesn’t even exist. And let me be honest, I’m saying “God” here, but what I really mean is Jesus. I sometimes find myself surrounded by people that have seemingly no use for being associated with Jesus in any way, shape, or form – and it troubles me greatly.

Some examples of our culture and our differences

Let me give you a few examples and you decide if you notice these things as well. I’m on Facebook and I’m reading this post about how a miraculous healing takes place. It was a heartwarming story that really makes you reflect on your own blessings, but also how blessed the people in the story were. As a matter of fact, one of the immediate comments on the post was, “Thank God for such a miraculous outcome.” Some similar comments followed thanking Jesus and God in general, and I found myself agreeing with them. That’s when another comment appeared saying, “How ridiculous all you Christians sound, always thanking God and never thanking the doctor or science.” Others came in saying how we Christians all sound like a bunch of superstitious Neanderthals. Well that’s when the floodgates opened and the anti-Christian vitriol ensued. Hateful comment after hateful comment poured in like a sieve. I’m sure you’ve noticed this type of stuff on Facebook yourself.

Online behavior is rife with examples of how deteriorated our culture has become when it comes to morality. I have no trouble telling you that I’m shocked at how many young ladies in their teens and early twenties have no trouble throwing the F-word around on their Twitter feed. I’m not talking about using it as a verb or adjective, although they do that all day long. I mean they openly talk about how they want to F this one and that one without an ounce of shame or remorse. It’s not only shocking, but it’s rather sad. It’s sad how low they’ve sunk on the “self-worth” scale. They don’t know how precious they are in the sight of God, of how much more they are worth than degrading themselves before the entire web – and for what? In most cases to impress some guy that, if he were a real man, he would conduct himself in such a way as to condemn that behavior. But in this hook-up culture we live in, morality has ceased to exist in many circles.

I dare say that guys today, in many cases, are not living up to their potential as real men. When they fail to protect the young women they associate with and use them as objects, they are failing as men. They are contributing to the demise of morality in our present culture.

I follow a lot of behavior on the web and I can tell you that this type of thing just doesn’t happen in Christian circles – it just doesn’t. The types of social conversations I witness and take part in don’t revolve around vulgar, immoral behavior. Say what you want about Christians in general but violence against women, vulgar language, open-sexual behavior is just not part of the scene. And that’s a scene I want to be associate with.

So lets change the culture

So where does one go to get with this scene, or better yet, get away from the immoral, violent, hook-up culture? Well, it starts with whom you associate with, what you think about, what you say and when and where you say it. But how does one go about changing how one feels and thinks? It starts with your heart. What’s in your heart will reflect what you say and what you feel. It will affect what you think about and that will change your behavior.

But the things that come out of the mouth come from the heart, and they defile. -Matt 15:18

It starts with connecting with and accepting Jesus – trust me it does. And let’s be honest, you already think Jesus is cool and you’d love you be connected on a deeper level. Well guess what? Jesus want’s the same thing, only more intensely than you can imagine. You love Jesus, but He loves you more – way more.

I don’t care if you’re a fallen-away Catholic, a busted and broken Protestant, a Jew, Muslim, Buddhist, or if you’ve never believed in anything, Jesus is waiting for you to go all in.

Change your ways and you change the culture around you.

It’s not easy, I’ll give you that, but you have to start somewhere. You have to have the courage to be different. Stop conforming to the hook-up culture and be strong enough to start acting better. Once you do, others will follow. They’ll follow because deep down everyone wants to be better than they are right now. It’s a vicious cycle and most want out. You can show them the way out. You can show them if you lead by example.

Ladies; dress differently, more modestly. I promise you if you do, your stock will rise, meaning guys will see you differently, and with an increased respect. You will begin to regain your dignity and guys will see you as a person worthy of a relationship and not as an object to be used. Actor/designer Jessica Rey does a great job driving this point home when she asks, “Who says it has to be itsy bitsy?“

Guys; start protecting the ladies in your life, and start acting like men worthy of walking with God as Godly men. You will feel a renewed spirit and sense of worth as never before. Strive to imitate Christ and you too will lead other men and change the culture around you.

What can we do collectively to effect the culture?

I started MyCatholicTshirt.com with one main thing in mind; to help young people change the culture by providing them with solid Christian apparel that sends a positive message that can help change the culture. If you think I did it for money, guess again; rude t-shirts out sell Christian t-shirts 100 to 1. I’ve been a designer for years and truth be told, I could have designed any type of shirts and, in all likelihood, any other idea would have been more lucrative. I’m not in it for the money; I’m in it for the ministry. Don’t get me wrong, I need to sell shirts to keep the ministry going – it’s just not my first concern. I want to produce more content like this and expand my social channels to reach more people.

So let me help you and if you would, please help me by sharing this post with all the young people you know, and together let’s start a revolution for Jesus. Comment on this post and tell me where I’m wrong or where I’m right. Let’s place Jesus first, and change the culture. 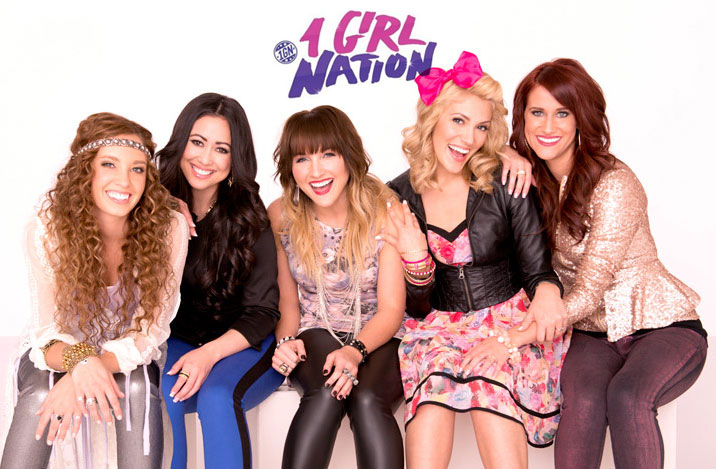 END_OF_DOCUMENT_TOKEN_TO_BE_REPLACED

Landing in the space where One Direction meets TobyMac, 1 Girl Nation is an exciting blend of upbeat pop music,... 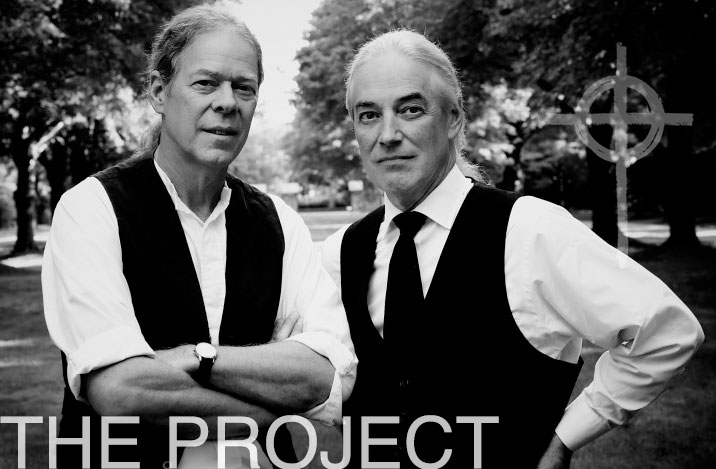 END_OF_DOCUMENT_TOKEN_TO_BE_REPLACED

Our newest featured artist is The Project. Michael Glen Bell & Duane W.H. Arnold, who both recently entered the Church,...