Cimorelli is a six-sister singing group that’s becoming one of Catholic music’s most up and coming artists. They first began performing cover songs on YouTube and since gained fame with over four million followers. 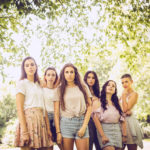 They’re six sisters from Northern California that grew up in a Catholic, homeschooled family of 11 kids (they have 5 brothers!) in a small town with zero connections to the music industry. Their mom taught them to sing and play when they were really young.

They started in 2007 playing small shows at harvest festivals, church events, and coffee shops in their town outside of Sacramento – their largest gig was the California state fair! Dreaming of moving to Los Angeles and getting a record deal, in 2009 they made a YouTube cover video of them singing “Party in The USA” – it blew up, getting millions of views! In 2010 Cimorelli was discovered by a major record label (Island UK) and signed with them.

In 2015 they left their record label and moved to Nashville to become independent artists. It was around this time they felt that they wanted their music to have depth and a strong message. Releasing songs about suicide, divorce, self-worth and body image, they saw fans react very strongly to their messages. That ignited a fire in them to spread more messages creating a positive influence in people’s lives.

Since moving to Nashville, they’ve written and released three albums, toured Europe, South America, and the US – and written a book! Their second album, “Alive,” is an entirely Christian album with worship songs, and life songs all viewed through the lens of Christianity.

Experiencing the Nashville Catholic community on a whole new level, they’ve encountered an entire community of people who were on fire and passionate about the Faith, this inspired and strengthened their faith – personally as well as musically.

You can learn more about Cimorelli in an interview by Cecilia Music at the Aleteia website: It’s a family affair …

It was inspired by the pressure on women to be perfect and always appear that they “have it all together,” and how we feel like we can’t be vulnerable or let people know when we are falling apart. 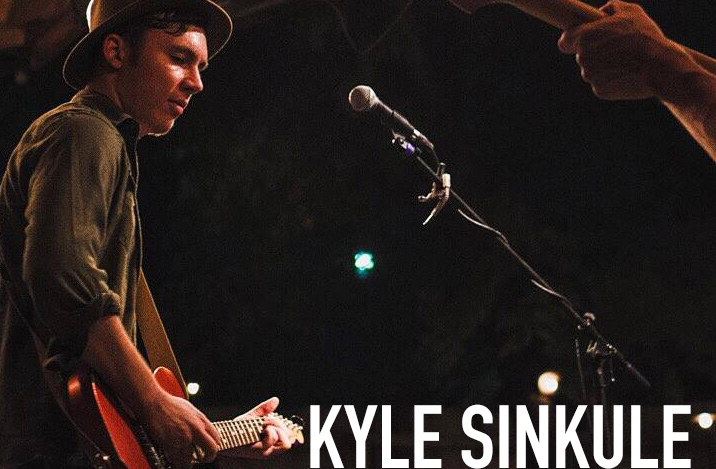 END_OF_DOCUMENT_TOKEN_TO_BE_REPLACED

Welcome Kyle Sinkule to the addition of our featured artists. Kyle’s been featured on iCatholicMusic and the Catholic Playlist Show....